Why I Support Gay Marriage

So let’s be real here…discussion of homosexuality is everywhere right now. Which I think is wonderful! Why? Because I have long wanted people to stop ignoring the discussion of something as important as sexual orientation, especially how it relates to marriage and religion.

Obviously, I am going to be stating my opinion here, and I hope my readers will accept this as an educated opinion instead of pure condemnation. However, I do speak from the perspective of someone who has had many gay friends throughout my lifetime, and my life has been full of absolute joy for having these friendships. I have learned so much about love from them. There’s actually a running joke in my family about the number of gay men I dated when I was younger (long before any of them came out), which some may find odd…but I find beautiful, and I will explain why a little later.

On the flip side, I used to be married to a person who had pure hatred for homosexuals that oozed from his every orifice like dystentery. I have seen firsthand how ugly bigotry is, and no amount of acceptance in my heart can counteract the blind hatred people use as justification for suppressing the rights of others. Despite that reality, I feel I cannot remain silent on this issue, because the only way we have a chance in combatting this hatred is to educate society that bigotry NEVER justifies the bigot’s root cause. 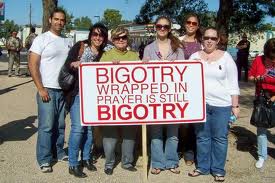 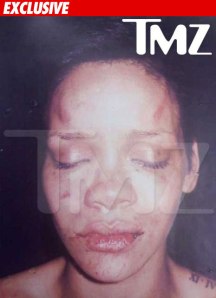 I think we have bigger problems with “immorality” than two men or two women who love each other enough to raise children together and share equal access to health benefits that heterosexual couples have.

I didn’t used to be so outspoken about my support for the gay community, partially because I was so concerned with making my own marriage work that I had to choose my battles carefully. What I have come to realize six years after my divorce is that I chose the wrong battles. Between the ages of 18 and 27 I had done everything according to what my parents and a Christian society expected of a “good Christian girl” – I dated a man for nearly 7 years before we got married, all the while keeping my mouth shut and letting the man run the relationship, preparing myself for a life of wifedom and motherhood, conforming my opinions to match his (lest I be yelled at for an hour and called an “idiot”), and deciding to stay quiet when he spoke poorly of my homosexual friends, because I could never quite find the right argument in support of the gay community without having the Bible thrown back in my face.

It’s hard to argue with a 2,000-year-old book that encourages men to refrain from sleeping next to an “unclean” (menstruating) woman. That shit is relevant today, and the marketing geniuses at Kotex can’t pretend otherwise. 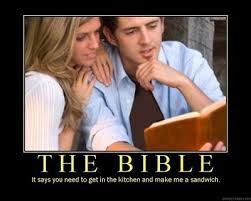 One day, after I had had enough of being shushed for my opinions that differed from the Bible, I finally understood that I didn’t need justification for what I believed, because I knew in my heart that love was always the right answer. Love exists in the heart. Love doesn’t exist on paper, in a book, written by a generation of men who didn’t believe women had any value in society (let alone anyone who lived outside the standard rules of conformity). Love doesn’t need justification, it only needs an avenue with which to express itself.

Opponents of gay marriage champion the notion that the “sanctity of marriage” is in jeopardy. Really what they’re saying is, they support my heterosexual ability to exercise my right getting married to someone who had zero respect for me as an educated woman, so he could emotionally abuse me every day. I didn’t clean the house well enough, I didn’t cook enough, it upset him sooooo that I made more money than he did, and he finally raised his fist to me when I wasn’t obedient to him anymore. Given that when I left that man, my church didn’t make me feel welcome at all, what value has our society actually placed on the traditional marriage anyway? An abusive heterosexual marriage is of better value than a respectful homosexual marriage?

Based on my own experience, those who speak on the sanctity of marriage typically have an antiquated viewpoint of gender roles in a marriage to begin with, so I’m not about to accept that argument as relevant to a post-feminist society.

I didn’t need a piece of paper to tell me that I had no business being in a loveless marriage that left me abused and neglected. It was my mistake to believe that living by society’s “traditional” standards would bring me happiness. Years later, I AM actually happy…because I am living to my own standards. That marriage license I got from the State of Ohio didn’t amount to a hill of beans in proving that love exists at all.

Human nature leads us to seek our soul mate, our desires, our fulfillment. We can make mistakes or hit the jackpot when it comes to finding love – but that is driven by human nature alone, not by a piece of paper from the government. Yet I say this as a privileged person, because I am a heterosexual. I can get married again, I have merely chosen not to. My gay friends who have found the one they want to spend their lives with do not have the choice at all – they must simply cohabitate with no formally state-recognized financial marriage benefits. To be honest, there are a lot of laws that recognize domestic partnerships, but that’s just the lipstick on a pig hooplah. It’s still not equality.

Why do we need the government to sign a hall pass for us to walk down the aisle at all? Laws like that merely state that the government feels heterosexual citizens have “better judgment” at declaring they are choosing a viable partner to raise a family with…but I think we can all agree Honey Boo Boo destroys that logic. 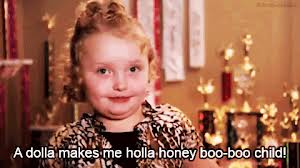 What does prove the existence of love is the gesture one human can make toward another in the form of a kiss, a touch, or in saying “I want to spend every day with you.”

I was blessed to be raised by two parents that preached acceptance and love at any cost. I will always be grateful for that, because when I became a Christian at the age of 18, I already had it settled in my heart that conformity would never come at the expense of love or compassion. I suppose that’s why my attendance at church ended when my abusive marriage did.

My friends and family playfully tease me about having several boyfriends who are now openly gay, and for one in particular they ask me, “How in the hell did you NOT know he was gay???” After conforming to the church life, I let the teasing get under my skin, and I started to think maybe there was something wrong with me that caused it. That’s what organized religion did to me, it made me question my own heart. That’s not a good thing.

One day, though, it hit me…there wasn’t something wrong with me at all. There was something RIGHT about me that caused gay men to be comfortable being themselves with me, as much as they could be. When a young man or woman is not ready to tell the world they are gay, but they still want the happiness of experiencing dates, homecoming dances, and proms, they must find someone they feel comfortable enough with that they know they can be themselves without a microscope to point out how they are “different”.

Honestly, of all the school dances I went to in my teens, the one at which I had the most fun was my junior prom. My boyfriend at the time, Ryan, was so comfortable in his flamboyance, that it made me comfortable in my nerdiness. We danced our asses off, we vogued, we laughed, and I felt a lot of love for that boy. Looking back it wasn’t a romantic kind of love, it was something much different. Deep down I knew he was gay (we all did) but he and I had a special connection, in that we didn’t feel like there was any pressure to conform to the social norms of teenage sexuality. I was terrified of dating because I was so inexperienced, and he was terrified of dating because of the obvious.

Apparently he sensed that I would accept him for who he was, so he felt comfortable asking me on dates. No one should have to miss out on movies, dinners, proms, or the feeling of holding someone’s hand simply because they’re afraid someone will find out who they really are. Ryan deserved happiness then as much as anyone else, and he still does today.

That story isn’t unique to Ryan. Love has so many layers, and it can differ from relationship to relationship. Those who wish to define marriage as “between a man and a woman” seem to believe deep down that if gay marriage weren’t allowed, homosexuality wouldn’t exist. Or if gay marriage IS allowed, homosexuality will somehow become an epidemic. Let me tell you, that is a sad excuse for an argument in a losing battle. Love can be mistaken for respect, love can come and go, and love can even turn into hatred…but love cannot be hidden with the absence of a piece of government paper. Homosexuality is not a choice, and gay men and women should not be denied equality in their ability to declare love that would exist regardless.

The sanctity of marriage is only as good as the participants involved, and at this point I think we can stand to benefit from allowing those who are beating down doors to be able to marry the ones they love.

Meeting the Parents vs. Spiders: Which is More Frightening? »
« Oh, the Stupid Things I Do…

14 thoughts on “Why I Support Gay Marriage”